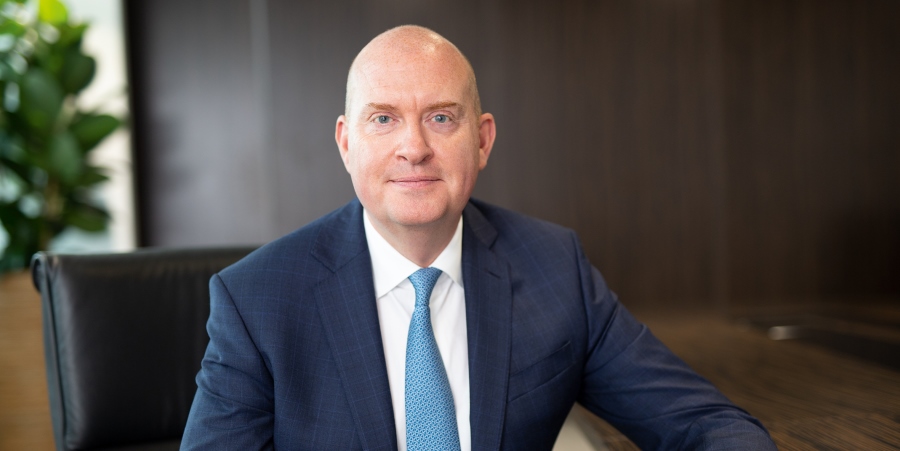 The food industry, more than any other sector, holds the key to achieving a shared sustainable future, predicted Dominic Blakemore, when delivering The City Food Lecture 2019 on 26th February.

Speaking at London’s Guildhall, Mr Blakemore said that: “Food will define the future more than any other sector. It has the greatest impact on the environment and public health. Global demand for food, even today, has over-stretched the system and is destroying world resources.

“By 2050 the population will grow by around 25%, with an estimated population of over 9 billion people in 30 years’ time. The likelihood is we will be wealthier, more demanding and will certainly have grown up immersed in a digital world. Technology adoption rates have exploded already and will only accelerate further with the next generations.”

Mr Blakemore highlighted the role that technologies such as artificial intelligence, robotics, big data and 3D printing could play in helping the food industry adapt.

He also outlined the importance of ensuring tomorrow’s consumers can trust where their food comes from. He said: “The way we will build trust is through transparency, having a supply chain we can have total confidence in and where consumers can be confident in the sustainable methods used to produce their food. That requires us to be fair with farmers, pay them an appropriate price which enables them to reinvest, and having a shared commitment to the environment, animal welfare and workers’ rights.”

He concluded by predicting that partnerships will be imperative for the future of the food industry. “No one business can tackle these issues alone and, importantly, rather than competing for margin, or scale, or growth we need a new approach to how we work. Building our businesses together, creating trust between each other with respect for natural resources and embracing new tech and methods is the approach we will follow.”

Held annually at London’s Guildhall, The City Food Lecture is one of the most prestigious events in the industry’s calendar and is supported by premium sponsor Rathbone Investment Limited. It is organised by the seven City of London livery companies involved in agriculture and food: the Worshipful Companies of Bakers, Butchers, Cooks, Farmers, Fishmongers, Fruiterers and Poulters. It brings together 700 industry leaders, academics and liverymen.

John Giles chairman of the City Food Lecture organising committee said: “Dominic’s lecture clearly outlined the significant challenges to which the food industry as a whole must respond.

“Whilst many of these challenges are daunting, he also inspired the audience by illustrating the ways in which we can all evolve by adopting new technologies, food sources and environmental approaches. This is exactly what the City Food Lecture is all about.”