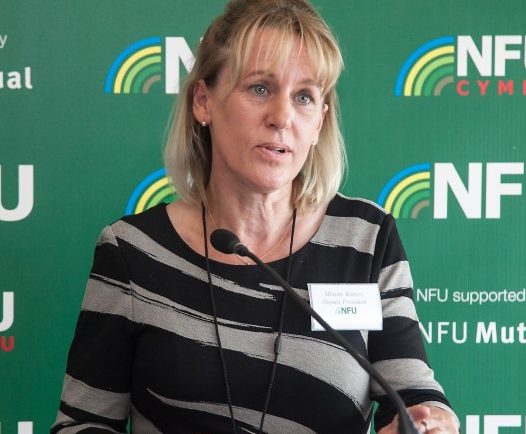 An extraordinary meeting of the National Farmers’ Union of England and Wales (NFU) Council has agreed six principles that will guide the NFU in its aim to deliver the best outcome from Brexit for British farmers.

Commenting on these principles, NFU president Minette Batters said: “The NFU is deeply frustrated and disappointed that nearly two and half years after the referendum we are no closer to finding out the details of our future relationship with the EU and what trading environment we could be operating under in the future.

“We are due to leave the EU in 16 weeks’ time. It is absolutely unacceptable for agriculture to be left with this level of uncertainty. We have repeatedly said that a no deal scenario would be catastrophic for farming, but political events today have created further doubt and uncertainty. I cannot emphasise enough the importance of getting this right for farming.

“The NFU has been clear today about what it believes are the crucial elements of a healthy and productive post-Brexit future for British farming. We will be using these principles to assess which, of any, future options on the table are most, and least, likely to ensure farmers can continue to serve the country, producing food for the nation.

“We are hopeful that policy-makers on both sides of the channel will come to workable solution as a matter of urgency.

“Meanwhile, we will continue to monitor the progress of the Agriculture Bill through Parliament, so that farmers, growers and the public can be assured that despite the uncertainty of Brexit, the UK government will establish a framework that supports farmers as food producers and custodians of the countryside.

“It is crucial that the Government ensures our high standards of food safety and production are not undermined by lower standard imports from elsewhere in the world.

“These are extraordinary times and the NFU is committed to remaining on the front foot during an ever-changing political climate. As an organisation we have always been committed to representing our members and the principles agreed here today, with the backing of NFU Council, reflect that.”

The six principles that were agreed are:

• Avoiding a ‘no deal’ outcome and any short-term political and economic turmoil
• Ensuring as free trade in agri-food goods as possible with our principal EU market
• Gaining greater regulatory control and discretion over UK farm practice
• Maintaining access to the seasonal and permanent workforce required by the UK food chain
• Ensuring our international trade respects domestic production standards
• Implementing a new agricultural policy framework that supports farmers as food producers, improves productivity and resilience and properly rewards the delivery of public goods.