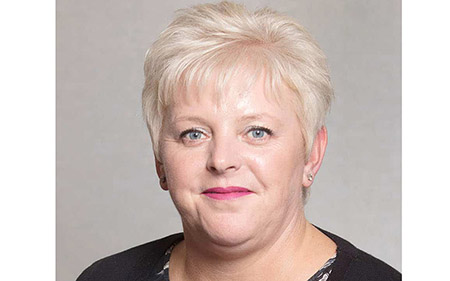 Donna Fordyce has been announced as the new interim head of Seafood Scotland, the national trade marketing body for the Scottish seafood industry.

Since October 2017, Fordyce has been Seafood Scotland’s industry engagement specialist, working closely with seafood-related businesses across the country to identify new market opportunities and facilitate greater commercialisation of the sector. Already engaged with the industry at leadership level, having previously spent time as an observer on the Seafood Scotland board, Fordyce has been a member of the working group for Scottish Seafood Partnership, is a Projects Approval Committee (PAC) member for the European Maritime & Fisheries Fund (EMFF) and co-authored the recently launched seafood strategy Changing Tides.

John Anderson, chairman of Seafood Scotland, commented: “Donna has a passion for the seafood industry and has excellent knowledge of how it operates, across a wide range of sub-sectors and supply chains. Fordyce is hugely respected within the sector, making her the natural choice for the role. The board looks forward to working alongside her on this path of strategic growth for the organisation.”

Fordyce said: “In an ever-changing and uncertain landscape, it’s important now more than ever that Seafood Scotland is agile and ready to take on any opportunities or challenges the industry may face. It’s an exciting time to be at the head of the organisation during what will be such a transformative period, but my focus is to continue to support and help grow the sector whilst working closely with the wider food and drink industry in Scotland.”

Seafood Scotland operates worldwide, alongside government agencies such as Scottish Development International, to promote the wealth of Scottish seafood to a global trade market, which increasingly values the quality and provenance that Scottish seafood is famed for. Focusing on the global retail and catering trade, the organisation targets trade buyers, wholesalers, industry influencers and chefs in the US, Europe (including the UK), the Middle-East and Asia – acting as the conduit between in-country trade markets and Scottish suppliers.

Donna Fordyce replaces Patrick Hughes who has been in position as head of Seafood Scotland since January 2017.