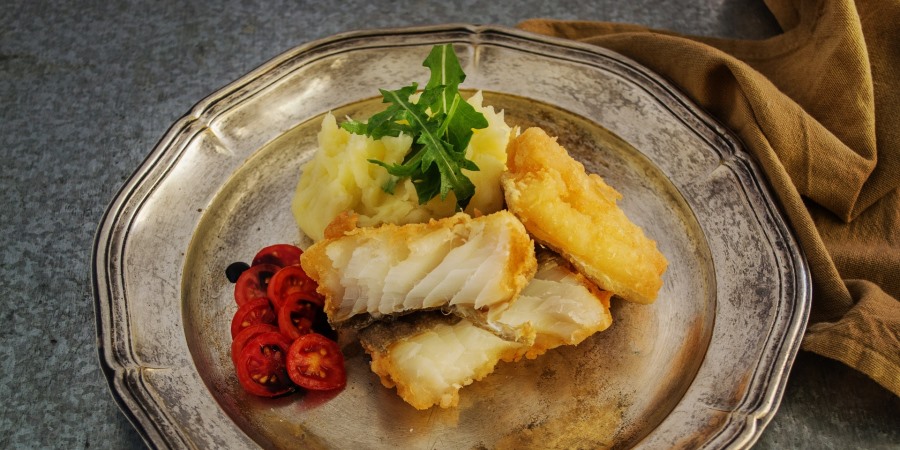 Conservation organisations WWF, ClientEarth and the Marine Conservation Society (MCS) are calling on UK governments to introduce emergency measures to secure the future of North Sea cod, following the announcement by marine scientists that species numbers have fallen to a critically low level.

WWF, ClientEarth and MCS have written a joint letter to Environment Secretary Michael Gove and the Scottish Government to demand urgent steps are taken to ensure the recovery of this important cod population.

The scientific assessment of the North Sea cod stock levels was released by the International Council for the Exploration of the Sea (ICES). It indicates that cod stock has fallen to a dangerously low level, throwing the future of the North Sea fishery into doubt. ICES is recommending that the quota for cod fishing be reduced by 70% in a drastic effort to protect and restore the population of this iconic North Sea fish.

The dramatic decline of cod is symptomatic of the overall nature crisis in the UK, which is now one of the most nature-depleted countries in the world.

Helen McLachlan, Fisheries Programme Manager, at WWF, said: “Cod play a crucial role in maintaining healthy oceans. This is a real crisis for our seas and fixing it will require an emergency response from governments. Ministers must

listen to scientific advice and take immediate steps to address the dangers of overfishing and poor management of the discard ban on dwindling cod stocks.

“We can’t be credible global leaders in the fight to restore nature if we don’t protect our natural resources here at home. If we are to prevent the collapse of this vital fishery, governments must take action. Failure to act will undermine the health of our precious marine environment and the future of those communities who depend on it for a living.”

The territory is all too familiar for the North Sea cod fishery, which originally collapsed in the 1980s and had been recovering ever since – albeit slowly. North Sea cod has a crucial role to play in a healthy ocean and such dramatic declines in this top predator species can have serious consequences for the whole marine ecosystem.

Samuel Stone, Head of Fisheries and Aquaculture, at MCS, said: “This is a fishery that was on the road to recovery, but failures to reduce fishing pressure have led to serious overfishing and a reversal in fortunes for cod. It’s a very harsh lesson, but this is why we need to implement legally binding commitments to fish at sustainable levels, to effectively monitor our fisheries and to take an ecosystem based approach to fisheries management. We have to properly protect our fish stocks for the benefit of our seas, coastal communities and consumers who expect sustainable seafood.”

ClientEarth, MCS and WWF are calling on UK governments to take emergency action, working with those jointly responsible for fisheries management, to deliver the key measures needed to bring about the recovery of this important fish stock with an emergency plan which identifies a concrete pathway to recovery including:

Of all the North Sea border countries, the UK receives the largest share of cod – UK fisheries receive roughly 40% of the available quota annually, alongside others including Denmark, Norway, the Netherlands and Germany, which receive less.

However, North Sea cod has been fished at levels above the Maximum Sustainable Yield (MSY) each year since the introduction of MSY advice in 2013, meaning the stock has never truly had a chance to adequately recover.

Tom West, UK Environment Lawyer, at ClientEarth, said: “The scientists have spoken: North Sea cod is in serious trouble and could collapse without urgent intervention from government. Following scientific advice will be vital in reversing this crisis for the North Sea ecosystem and the communities that rely on it – because no more cod in the sea means no more cod on dinner plates. The UK government made a big deal of how Brexit was about taking back control of our waters – now is the time for our leaders to show us they mean business and protect this iconic fish much loved by the British public.”

The current cod emergency underlines the longer term need for strong new Fisheries Bills to be introduced as we exit the EU and for a strong and independent Office of Environmental Protection (OEP), as part of the Environment Bill, to hold the UK government to account.

WWF, ClientEarth and MCS are campaigning for the Fisheries Bills to include clear commitments to set catch limits at or below scientifically recommended levels. They’re also calling for accountability with robust monitoring and enforcement of sustainable fishing quotas using on-board cameras and sensors. At present it is estimated that less than 1% of fishing activity at sea is monitored and this needs to change.