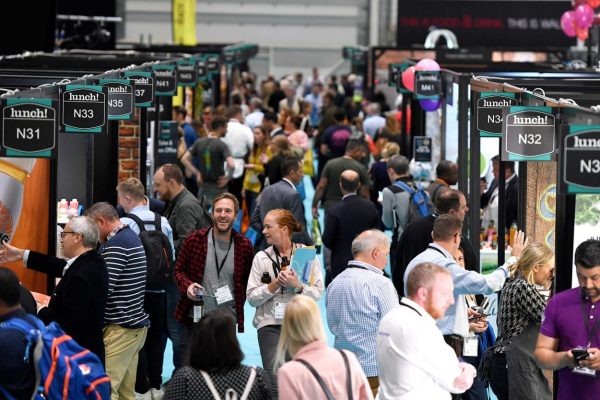 According to Marketing Week, last year, the UK launched more vegan products than any other nation, making it the country’s fastest growing culinary trend of 2018 with a market worth of £310m[1].  With 21% (approximately 22 million people) claiming to be ‘flexitarian’ and one in eight Britons choosing to be vegetarian or vegan[2]. Next week’s lunch! trade show will feature a record number of plant-based and ‘meat-free’ innovations at ExCeL London on 19th-20th September.

“I think vegan/plant-based is still where things are at, but more from a flexitarian perspective of people looking to take days off meat or just generally reduce their meat consumption,” says regular visitor and speaker Martyn Clover, head of food at Tortilla.

“Obviously veganism, vegetarianism and lower meat consumption is a critical trend.  Most healthy food trends are becoming embedded now as consumers demand as much flexibility out of home when eating as they can have at home,” agrees coffee market expert and speaker at the forthcoming exhibition lunch!,  Anya Marco.

The UK’s annual trade showcase for the café, coffee shop and food-to-go sector will host a record 400 exhibitors, with around 52% offering vegan or vegetarian alternatives.

“I started working with Heather Mills and VBites, to become the first dairy brand to launch into the vegan market, something which was quite brave as dairy is the heart of our business, but we can see the vegan movement happening and it’s not going away,” says Lisa Harrison, senior brand manager at Norseland (Applewood).

“Also, we saw that flexitarians were starting to dip into the vegan food movement, and we speculated that this interest in a plant-based diet would only grow, especially in light of the David Attenborough documentaries and the environmental concerns led by Extinction Rebellion.”
www.lunchshow.co.uk/education.