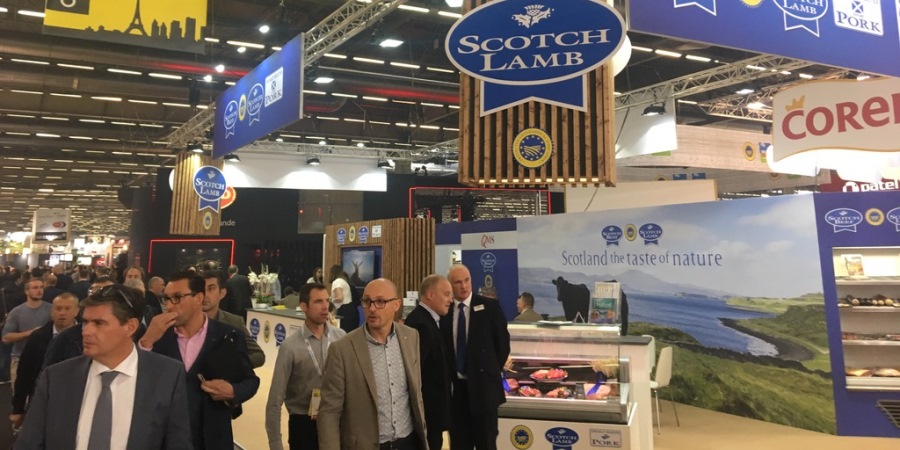 Food processors migrated once again to the SIAL Paris exhibition that took place from 21st to 25th October, with expert Jean-Pierre Garnier attending on behalf of Food Management Today.

Beef, pork and, above all, lamb, were sought by foreign buyers with strong demand from Europe but also from North America, the Middle and Far East. In total, some 160,000 visitors, some 70% from outside France, made the trip to the huge Villepinte fairground.

Export expert Jean-Pierre Garnier attended the show of behalf of Food Management Today and said: “The large British representation included AHDB with 17 meat exhibitors’ booths in conjunction with Northern Ireland, HCC, QMS and Bord Bía for Ireland, the latter with the main focus on its environment credentials.

“This was completed by individual stands from major companies such as the first joint Dawn-Dunbia pavilion, ABP and a strong presence from British trading houses. Bigard from France took the centre stage as it celebrated its 50th anniversary and its elevation as the largest meat business in the country.

“Still, the major concerns about the future provision of labour for the British food sector post-Brexit were widely discussed and took precedence over trade worries.

“Few foreign buyers are so far deterred by Brexit uncertainties and the great majority do not count on cast-iron certainties, as they enquire about the future past April 2019. These concerns took some of the shine of a commercially successful event. Certainly, circumstances for the British exporters will be very different at the next SIAL Paris, in 2020.”