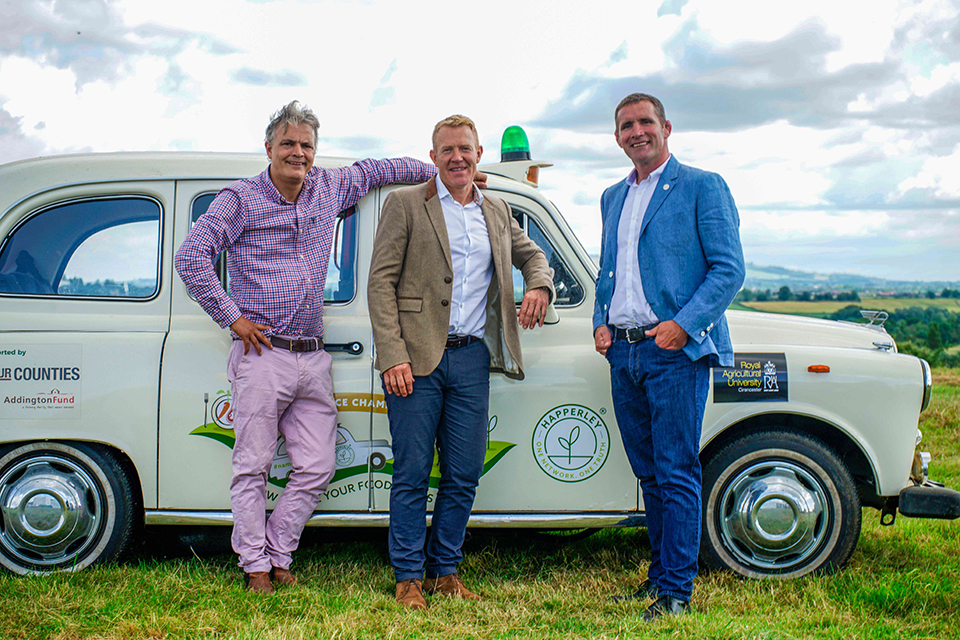 Happerley is the brainchild of farmer Matthew Rymer, who has consulted across the food industry and worked over the last three years to create, what he calls, a means and a will to turn the food and drink industry transparent, empowering consumers to make choices based on a currency of ‘fact, not fiction.’

Rymer has attracted an eminent advisory board chaired by Peter Jinman OBE, a former non-executive director of Red Tractor.

Hundreds of producers have signed up to Happerley and the project was brought to life with the support of Midcounties Cooperative, who made Happerley Transparency mandatory for its local range. Since then, the QR code, instantly revealing a validated ingredient supply chain, is appearing on more and more food and drink brands and restaurants with nothing to hide. Talks with national retailers and food manufacturers are now underway.

Happerley has now announced its plans to open the country’s first national centre for provenance.

Situated at Lock29, at Banbury’s Castle Quay, Oxfordshire, Happerley England will give farmers, suppliers and producers a platform to champion their ‘Gold Standard’ produce, a marque accorded only to food and drink producers able to name the exact sources of their core ingredients back to the primary producers. Every core ingredient must be instantly traceable back to farms (or fishing boats), from the coffee to the cheese to the bread to the jam to the beer.

The centre will officially open on 1st March 2020. Described as the ‘Eden Project’ of the food and drink industry, it will provide a platform for inspiring, educating and engaging consumers, with an auditorium and cinema, connecting them with the journey of all their food and drink.

The plans are being unveiled today by TV presenter and farmer Adam Henson, along with the panel of stakeholders, during the event on the founder’s farm, where Happerley started as mean to connect consumers to the story of their Gloucester beef.

Adam Henson explained: “Today, we take a bold step in giving English food and drink a home. With Brexit and other economic uncertainties constantly putting farmers’ livelihoods at risk, never has there been a more critical or fundamental time to provide a platform where English-grown and reared produce is championed and celebrated as it should be.

“Happerley England will ensure our country’s finest products are put on a pedestal for all to see. This is an exciting movement which, as a farmer, I fully endorse and see it as being a step towards achieving full transparency across the whole food and drink industry. Roll on Wales and Scotland!”

Matthew Rymer, CEO and founder of Happerley, said: “What better place to offer a national centre for England’s food and drink provenance than Banbury – in the heart of England, 50 minutes from London. By giving the country an experiential showcase of the best of English produce, we expect to create a national destination venue.”

It is also being announced that NFU Mutual, who recently published a report estimating there to be £12 billion of annual food fraud, is committing to a high profile long-term partnership with Happerley. This will start with its support of Happerley on Tour. This will take to the road his month, visiting every English county to celebrate and savour each region’s finest produce to showcase at Happerley England.

Celebrity MasterChef winner and former England rugby captain, Phil Vickery, is also announcing the UK’s first national foodservice company, Creed Foodservice, whose customers include the National Trust and English Heritage, is to take a UK sector lead by committing to working across its supply chain to deliver Happerley Transparency where ever possible.

A Chinese delegation will also be explaining the importance of connecting the whole journey of provenance to the Chinese consumer to secure British advantage in this fast growing market post-Brexit.