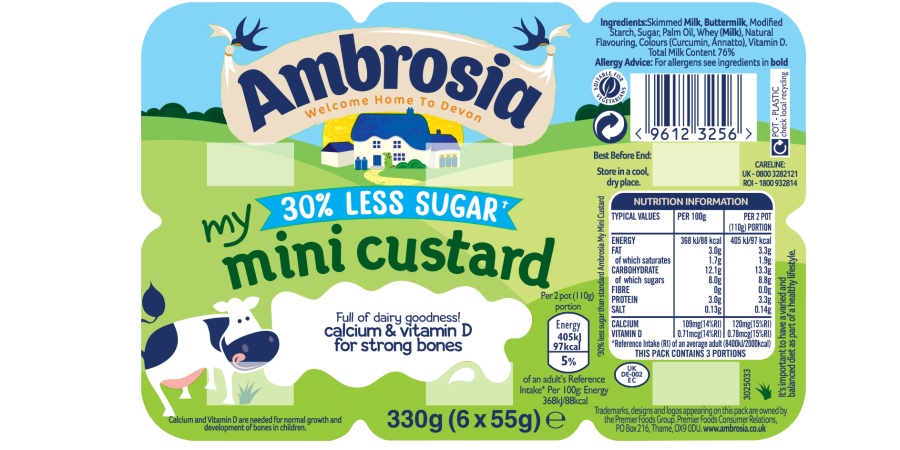 The business has announced that talks with potential buyers of Ambrosia had been 'disappointing'.

Premier Foods strategy to sell its Ambrosia custard division has been cancelled following the departure of chief executive Gavin Darby in January, who launched the disposal process.

Gavin Darby put Ambrosia on the market last November, allegedly following pressure from one major investor to restructure the business. He said then that the disposal would be the final piece of the jigsaw to put the company on a good footing financially. According to its most recently published accounts, Premier is carrying £510m of debt.

Following Darby’s departure, the business has now announced that talks with potential buyers had been disappointing, despite discussions with a small number of parties who had expressed interest.

The group, famous for brands such as Bisto Gravy, Batchelors and Mr Kipling cakes, is now being led by acting chief executive and chief financial officer Alastair Murray who, in a statement, confirmed that the Premier Foods board has concluded that in the present business climate the process will not result in a satisfactory financial outcome and that as a result discussions had been concluded.

The company’s decision to suspend the Ambrosia sale also seems to confirm growing general concerns across the food industry that companies are reluctant to make big investment decisions while the Brexit issue and the terms of the UK’s departure from the EU remains unresolved.

Premier Foods has previously revealed a £10m plan to stockpile ingredients ahead of Brexit amid uncertainty about whether Britain will crash out of the EU without a deal.