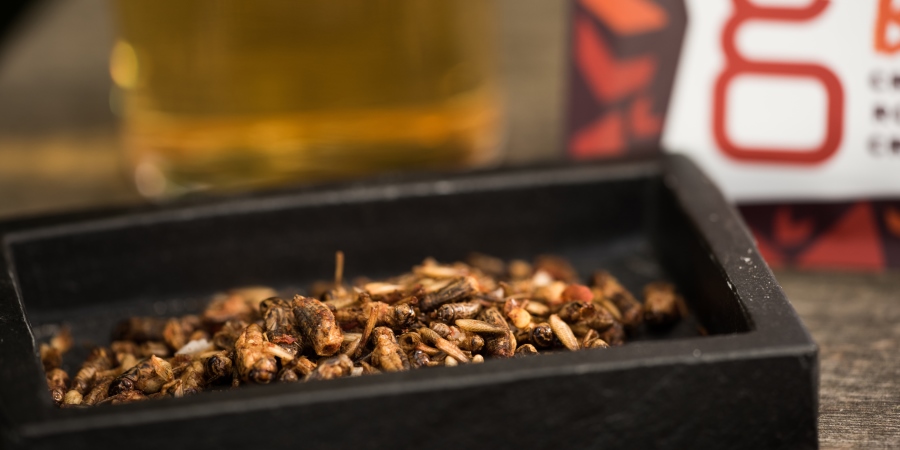 Sainsbury’s is exclusively launching Eat Grub’s Smoky BBQ Crunchy Roasted Crickets in 250 of its stores across the country, which are now available to buy.

Eat Grub was launched in 2014 by co-founders Shami Radia and Neil Whippey with the aim to revolutionise Western food culture by introducing insects as a staple part of it.

After successfully collaborating with rising culinary celebrity Sebby Holmes to open an insect-themed pop-up restaurant in East London, the duo started developing a wider range of products and launched their online store.

The product is said to be crunchy in texture with a rich smoky flavour, and can be eaten alone as a snack or used to garnish dishes such as tacos, noodles or salads.

New research by Sainsbury’s and Eat Grub reveals people’s attitudes to entomophagy (human use of insects as food) in the UK are changing rapidly as interest in edible insects increases.

Nearly 10% of people in the UK are said to have tried edible insects, of which more than half (57%) say they enjoyed them.

One in eight claims they haven’t yet tried edible insects simply because they haven’t had the chance or don’t know where to buy them, showing accessibility has been a significant barrier until now.

Rachel Eyre, head of future brands at Sainsbury’s, comments: “Insect snacks should no longer be seen as a gimmick or something for a dare, and it’s clear that consumers are increasingly keen to explore this new sustainable protein source.

“We’re always looking to provide our customers with new and exciting products, and with the growing interest in edible insects we’re excited to be the first UK supermarket to make these products easily accessible for shoppers across the country.”

Gram for gram, the manufacturer claims that crickets contain more protein than beef, chicken and pork – with 100g containing 68g of protein.

Duncan Williamson, a global food system expert and food policy manager at WWF UK, comments: “As the population increases, we urgently need to look at alternative protein sources to make the most of land available for food production. Insects are incredibly sustainable and can help to reduce our carbon footprint.”

Eat Grub co-founder Shami Radia added: “Currently Insects are eaten and enjoyed by two billion people worldwide. We’re on a mission to show the West that as well as having very strong sustainability and environmental credentials, they are also seriously tasty and shouldn’t be overlooked as a great snack or recipe ingredient.”