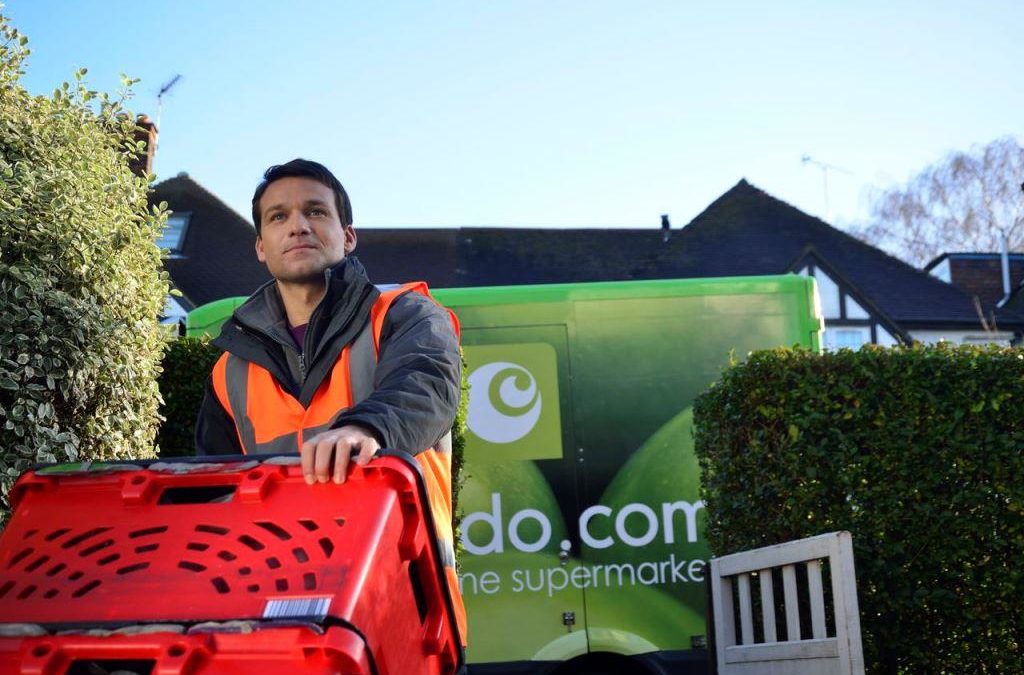 Ocado was, once again, the fastest growing retailer.

The latest grocery market share figures from Kantar show year-on-year supermarket sales returned to growth during the past 12 weeks as Brexit uncertainty continues.

While overall sales grew by 0.5%, volume sales remained flat and Fraser McKevitt, head of retail and consumer insight at Kantar, commented: “As we move closer to 31st October, it seems talk about stockpiling might be just that because we’re not seeing any evidence of it at the moment.  In fact, households bought 0.9% fewer items during the past 12 weeks than they did last year.”

The August Bank Holiday brought some overdue sunshine and McKevitt added: “All summer, retailers have faced tough comparisons with last year’s heatwave and disappointing weather has made it hard for them match the highs of 2018.  The forecast for August Bank Holiday was more than welcome and shoppers made the most of it being the hottest one on record, spending £1.3 billion from Friday through to Sunday, which was marginally more than last year.”

Tesco and Sainsbury’s became the latest retailers to make high-profile announcements about reducing plastic packaging.  Fraser McKevitt explained: “The plastic issue isn’t going away and the public continues to put pressure on brands to make meaningful changes.  It’s clear there is still work to be done because, despite the various pledges, only 16%* of people can name a retailer that is doing ‘a lot’ to reduce its plastic waste.  Worse still, only 10% can name a grocery brand making significant strides.”

Lidl reached a new record high market share and McKevitt said: “Lidl has crossed the 6% market share line for the first time, and an additional 618,000 shoppers visited the retailer compared with last year, helped by store openings, refurbishments and its newspaper voucher deals.  Having moved through the 5% barrier as recently as May 2017, the retailer has taken just over two years to add another percentage point to its market share – one that’s worth £1.2 billion annually.”

Meanwhile, Aldi increased sales by 6.3% and McKevitt commented: “Aldi’s strongest growth came from the south of England where sales increased by nearly 9%.  The discounter’s lowest market share continues to be in London, where it only accounts for 3.3% of grocery sales, so it’s unsurprising that this week it announced plans to more than double its number of stores within the M25.”

The other bricks-and-mortar retailer in growth this period was Co-op, increasing its sales by 1.8%. One third of British households made a trip to the convenience retailer during the past three months, visiting the store nearly twice a week on average.

Ocado was again the fastest growing retailer.Fraser McKevitt observed: “With one year to go until Ocado starts selling M&S products alongside its own lines and national brands, sales at Ocado were up by 12.7%. Ice cream, cheese and sparkling wine all experienced growth in excess of 20%.”

This was Sainsbury’s strongest period since October 2018 and it was the best performing of the big four retailers for the second month in a row, despite marginal sales decline of 0.1%.  Sainsbury’s increased its rate of sales on promotion faster than any other retailer with its Price Lockdown strategy lowering prices on meat and fresh produce in particular.

Sales at Asda and Tesco fell by 1.0% and 1.4% respectively and McKevitt said: “There were bright spots for Tesco including sales of free-from products, which were up 11%, and its own value lines like Redmere Farms and Creamfields as sales of these ranges totalled over a third of a billion pounds.”

*5,214 British consumers were interviewed in May 2019 as part of the global Kantar study Who cares, who does? Consumer response to plastic waste, published 10th September 2019.