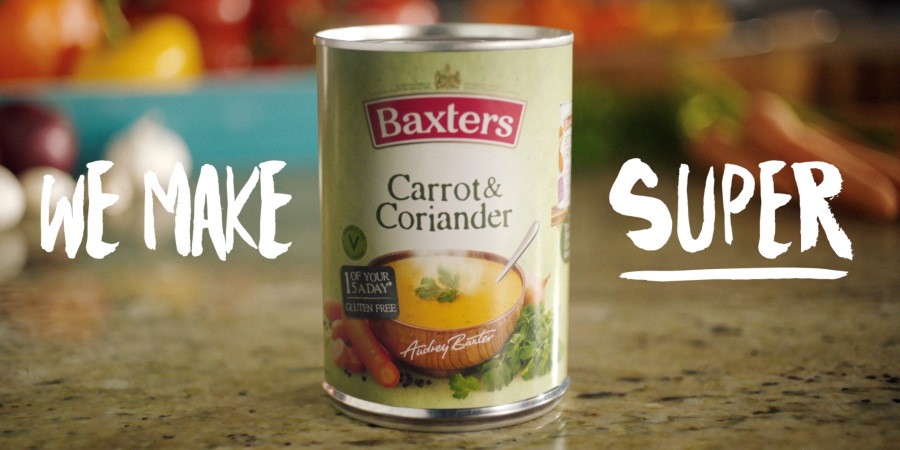 Baxters has announced the “We Make Super” advertising campaign.

Baxters Food Group is investing in a significant advertising campaign this winter, “We Make Super”, that will see the soup brand back on television screens for the first time since 2012.

The “We Make Super” campaign will feature a 30 second TV advert created by Edinburgh based Leith and will showcase the quality and skill used in Baxters soups.

Launched on 4th November 2018 and the advert is now running nationally across all channels.

It will run until February 2019 expecting to be exposing over 34 million consumers to the campaign.

The TV advert tells of what makes Baxters soup different to others through ingredients and ‘super heroes’, like Lossiemouth smoked haddock supplier Billy Edwards and chef and development manager Darren Sievewright.

To further amplify the campaign, Baxters will sponsor Sky channels CBS Action and CBS Reality between November and March.

These channels will reach over 10 million adults with high frequency through high-involvement programming such as NCIS.

The “We Make Super” campaign will also include extensive social media advertising, which will focus on the Hearty range and the new Super Good soups.

John McMullen, CEO of Baxters European Business Unit, said: “At a time of economic uncertainty, Baxters Food Group is digging deep and investing in advertising to grow our business and the value of the tinned soup category as well.

“As the advert says, “We Make Super” through excellent ingredients and recipes plus the commitment of our Super employees and suppliers. Consumers will be reminded that there is a premium brand around this winter and our customers can enjoy super sales too.”