Judging completed for new Meat Businesswoman of the Year Award

The judging took place recently for the Women In Meat Industry Awards, when a team of industry experts considered the winners of six categories voted for by the industry who qualified to be considered for the overall winner’s accolade of Meat Businesswoman of the Year.

The winners of each of these categories qualify for judging:

A separate category for young up-and-coming women in the industry – The Rising Star Award – will also feature during the awards celebrations.

Editor of Meat Management and Food Management Today, Emily Ansell Elfer, was enthusiastic: “There are so many talented and hardworking women in this sector so it has been a privilege for me and the team to help facilitate these Awards. It’s been a joy to be part of the judging process.” Whilst chief executive of the Institute of Meat Keith Fisher said that “it is one of my outstanding pleasures to be involved with the Women In Meat Industry Awards and having worked with and known many ladies in the business over 50 years, giving recognition to such an array of talent is simply fantastic.” 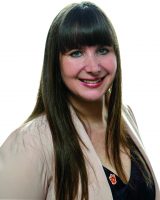 Christine Walsh the MD of MLCS and one of the judging panel said: “It’s been a hard day because it really has been difficult to choose an overall winner from such a fantastic array of candidates. Some of the ladies have done a phenomenal job and have been part of positive change in our industry.”

Awards organiser Emma Cash of YPL Exhibitions & Events reminds everyone that all the category winners, including the Meat Business Woman of the Year Award, will remain confidential until the awards ceremony itself on 16th November, which includes a black tie dinner taking place at the five star Royal Garden Hotel, in Kensington, adding: “The dinner is set to be a sell-out and capacity is already 75% taken, so the response has been very positive indeed. We are looking forward to a great night where amazing women will be recognised and talent rewarded.” 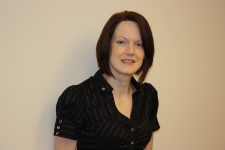 Industry consultant and previous market director of the Danish Agriculture & Food Council, John Howard, added his comments, saying: “It has to be recognised that the meat industry has been seen as male dominated for many years and these Awards highlight that this is rapidly changing. We certainly have firm evidence of that from the candidates we have been reviewing today it’s been brilliant to be involved.”

The Women In Meat Industry Awards black tie dinner and ceremony takes place on 16th November at The Royal Garden Hotel, Kensington and tickets and tables are still available to book now. Hosted by celebrity chef and food businesswomen Lesley Waters, the event is being supported by an array of top companies, organisations and businesses across the industry.

For more information visit www.womeninmeatawards.com where you can view the finalists and book tickets to the dinner. Any queries or questions can be directed to Emma Cash on 01908 613323 or email emma.c@yandellmedia.com.