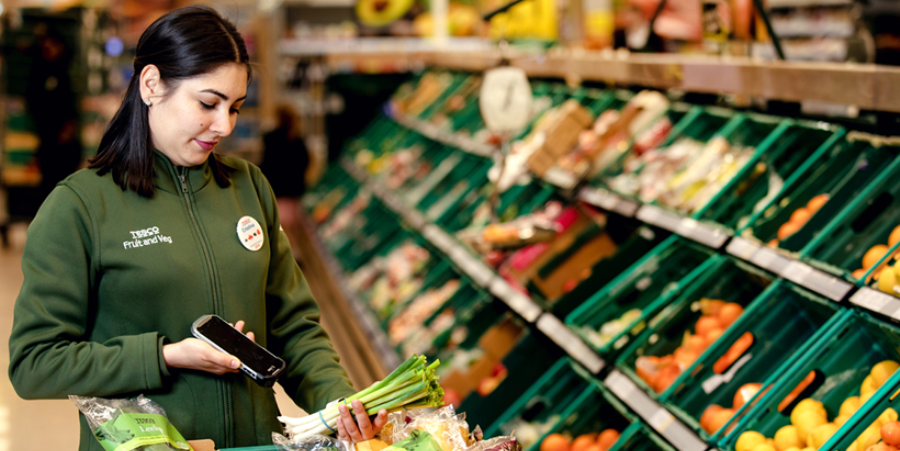 Tesco set to continue its war on waste.

“The case for reducing food waste is indisputable. One third of the world’s food is wasted whilst one in nine people go hungry. If food loss and waste were a country, it would be the third largest emitter of greenhouse gases on the planet. We cannot delay, we must act now,” is the message from Tesco CEO, Dave Lewis.

“A lot of food companies have pledged to tackle food waste, but without transparency will not be able to judge if they are delivering on their commitment. Publishing food waste data is vital and must be mandatory if the UK is to achieve SDG 12.3 to halve food waste by 2030. The Government has indicated it will introduce mandatory reporting and we call on them to do this urgently,” added Lewis.

The lack of data on progress towards reducing food waste is an obstacle to meeting the SDG 12.3 goal of halving food waste by 2030, according to a report published  by Champions 12.3.

Sustainable Development Goal 12.3 aims to: By 2030, halve per capita global food waste at the retail and consumer levels and reduce food losses along production and supply chains, including post-harvest losses.

Building on the growing commitment in the UK, the Champions 12.3 coalition has a series of measures to help quicken the pace of progress in reducing food waste globally:

In the UK, 156 of the largest food companies have committed to reduce food waste, but less than a third are publishing their annual food waste data.

Tesco was the first UK retailer to publish food waste data in 2013 and will publish for the seventh year and announce:

Since last year, Tesco has halved the amount food safe for human consumption going to waste and today it represents just 0.1% of food sales. To help reduce food waste, Tesco says it has:

Of the world’s 50 largest food companies, over two-thirds have set targets in line with SDG 12.3, more than 40 percent are measuring their food loss and waste, and just one-third are pursuing actions at scale to reduce waste in their own operations. Businesses need to increase efforts to engage their suppliers and increase public reporting of their food loss and waste inventories.

Take a look at the details of Tesco’s Own Branded and Branded suppliers’ food waste data.