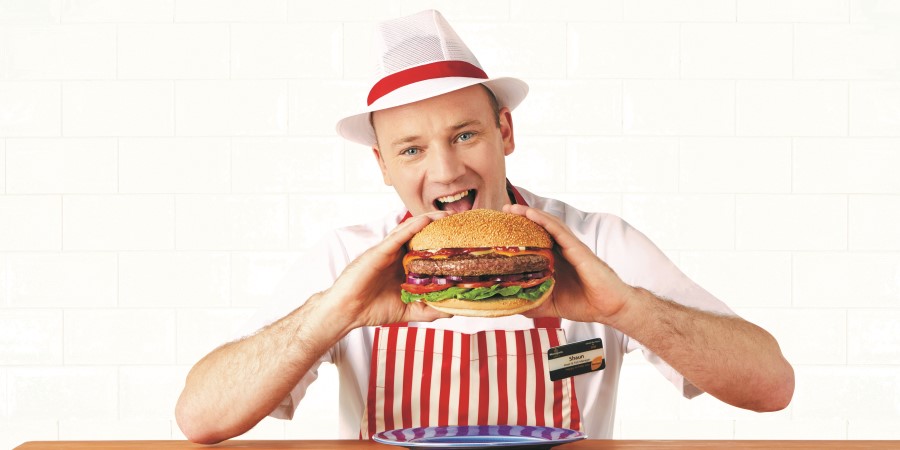 Morrisons is selling what it describes as the ‘Daddy of all Burgers’ to celebrate National Burger Day which took place on 24th August.

The giant burger is believed to be the same size and weight as a football, weighing one pound and measuring 18cm in diameter. It is being sold in Morrisons stores for a limited time and will cost customers £3.

The burger patties are made from 100% British beef and will be made fresh at every Morrisons Market Street Butchers’ counter. The burgers will also be made with paprika, white pepper, sage and parsley, among other ingredients.

Customers can also purchase an accompanying giant bun which will cost only 50p in stores and will be baked fresh in the shops’ own bakeries.

For National Burger Day more than 1,000 venues will be offering exclusive discounts on their burger products.

‘Daddy of All Burgers’ follows the foot-long sausage roll

Earlier this month, Morrisons also caught the attention of shoppers with its announcement of the UK’s largest sausage roll.

The sausage rolls are double the size of a normal Morrisons sausage roll and weigh nearly half a kilogram, making the product almost four times the weight of some of its high street competitors.

The sausage rolls are still being sold in Morrison stores nationwide and cost £1.43.

Morrisons pie and pastry expert, Philippa Shaw, said: “We sell one million freshly baked sausage rolls a week but customers have asked for one that is even bigger. So we created this foot-long version.”