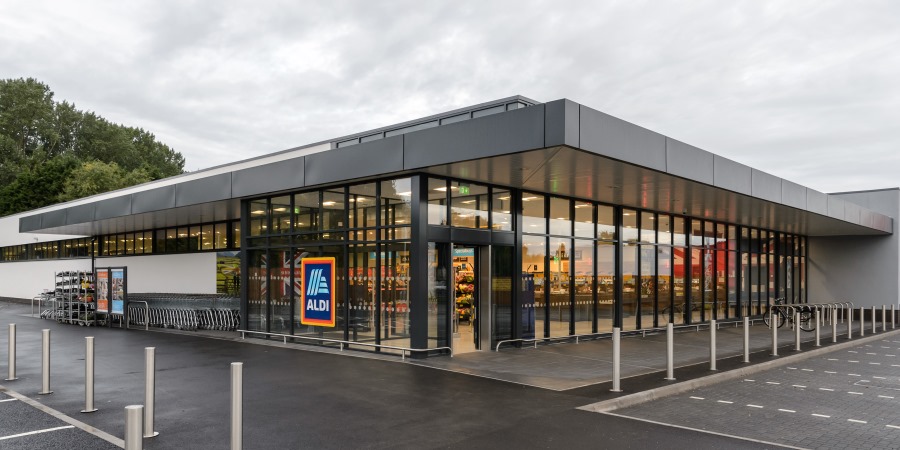 Aldi has been named the UK’s fastest growing supermarket in the latest figures from Kantar Worldpanel for the 12 weeks to 9th September.

The grocery share figures reveal that, with sales rising 13.9%, nearly half of Aldi’s growth has come from the fresh and chilled aisles.

Figures show that the overall grocery market grew by 3.8%.

Sales at Sainsbury’s increased at their fastest rate since December, while its share of the market fell by 0.4% to 15.4%.

Looking at the overall grocery market, promotional sales fell and accounted for 32.4% of total grocery sales – the lowest level since June 2009.

Fraser McKevitt, head of retail and consumer insight at Kantar Worldpanel, commented: “Retailers are looking to offer consistently lower prices on everyday items rather than one-off deals and they have all reduced promotions as a result.

“That being said, consumers may not feel like they have more money in their pockets – grocery inflation has now reached 2%, adding £1.64 to each household’s weekly shopping bill. At the current rate, these price increases add up to an extra £85 per home annually.”

Tesco Express is one example, which contributed to total sales for Tesco rising 1.9%.

Discussing speculations of the launch of Tesco’s discount retailer ‘Jack’s’, McKevitt explains: “It’s worth remembering how quickly rivals Aldi and Lidl have grown their market share.

“In the five years to September 2013 their combined market share increased by 2.4% to 6.8%. This growth then accelerated and in the subsequent five years the two nearly doubled their share to its current level of 13.1%.”

Prices have been rising since the 12 weeks to 1st January 2017, following a period of grocery price deflation which ran for 30 consecutive periods from September 2014 to December 2016.