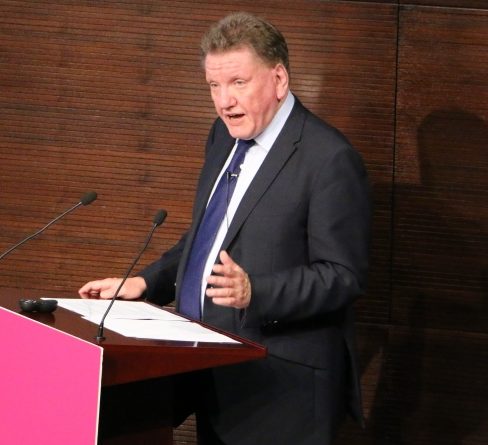 The latest batch of contingency papers for a no-deal Brexit have been issued by the Government, with Food and Drink Federation (FDF) chief executive Ian Wright describing them as ‘shambolic’.

The updated list of scenarios outline how the Government would deal with various issues should there be a no-deal Brexit.

The areas covered which are most relevant to the food industry are as follows:

• Health marks on meat, fish and dairy products if there’s no Brexit deal

To read the notices on all of these topics, click here.

Wright comments: “These technical notices demonstrate the shambolic ‘no-deal’ Brexit which is taking shape. For more than two years now, we’ve been talking about the chaos that would ensue in such a scenario. Now the fifth biggest economy in the world unveils its masterplan – turn a major section of motorway into the most expensive long term lorry park in history.

“If the UK Government fails to deliver the roll-over to EU trade agreements before March 2019, then UK food and drink will instantly lose access to more than 70 markets around the world. These are essential sources of a myriad of ingredients and produce.

“They are also export destinations for more than one in eight of our annual exports. Reverting to often prohibitively high WTO Most Favoured Nation tariffs means higher prices and reduced choice for UK shoppers. It is deeply damaging for our export competitiveness and puts at risk hundreds of businesses and thousands of jobs.

“UK exporters of meat, fish and dairy would face further labelling burdens, and have to make immediate and costly changes to produce in order to remove EU health marks. Exporters of fish would also require a catch certificate for each consignment and fish coming into the UK would need a certificate to be submitted three days prior to the shipment arriving at port.

“The limited timeframe for such changes and the accompanying administrative hurdles further threaten the success of UK export sales to the EU, our largest export market. Even a short-term disruption to exports of UK food and drink may result in EU customers changing their source of supply. We simply cannot afford to lose those export markets.

“This is all utterly dreadful. The Government must pull its finger out and deliver significant progress at next week’s European Council or start the process of extending the Article 50 deadline. The alternative may well be big impacts on the price and choice of food and drink in the UK. The public’s view on that is likely to be very swiftly evident.”