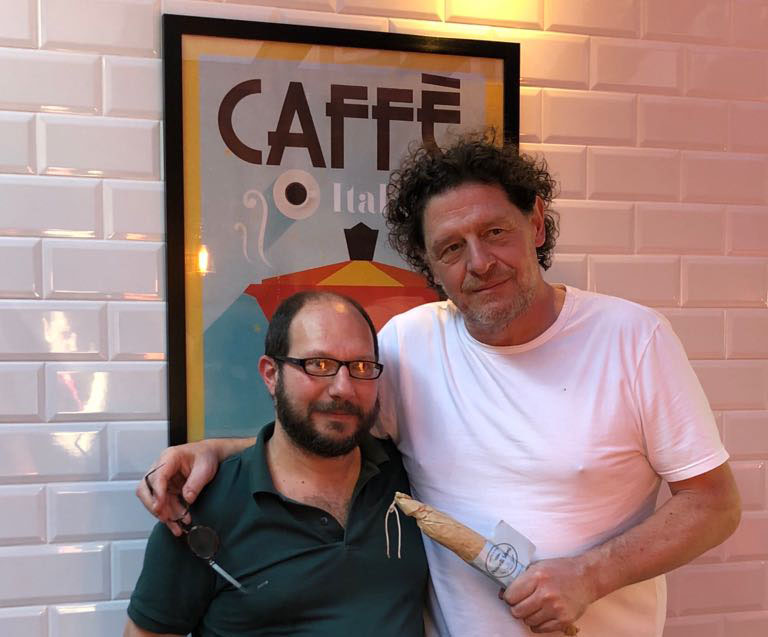 An independent charcuterie company from South East London has started to supply restaurants franchised to one of the UK’s greatest ever chefs.

It follows the completion of an agreement between Giuseppe Perinelli and Marco Pierre White to rebrand his products under the name Perinelli & Mr White’s Salami Co.

The arrangement will mean the company’s ‘Classic’ and Fennel salamis and Coppa will be available across the famed chef’s Mr White’s English Chophouse, Bardolino, New York Italian and Steakhouse chain of restaurants from July 2019.

Originally from Rome, Giuseppe’s passion for the Italian culinary favourite was born in his father’s home village Acuto where he and his family would cure pigs ready for the winter.

It was this passion for creating  cured meats that resulted in the charismatic Italian setting up his own charcuterie in Penge, near Crystal Palace, where he started attending artisan markets and supplying local stockists.

Combining Mediterranean methods of fermenting and air-drying meat with what he describes as quality British meat, Giuseppe uses free range Blythburgh pork (a blend of lines include Duroc, Landrace and Large White), and Gloucester Old Spot, from the Rare Breed Meat Company, as well as pigs from Marco’s farm in Wiltshire.

Guests who now select the charcuterie board when visiting one of Pierre White’s restaurants will be able to see for themselves why Marco was so impressed when he first came across Giuseppe’s wares by chance while he was shopping in a Gloucestershire antique shop!

Giuseppe said: “It’s amazing to think that following a chance encounter between Marco and one of my salamis, I’ve now got the backing of one of the UK’s gastronomic greats. I’m delighted that we’ve now starting to supply the restaurant network, and I hope customers will enjoy eating it as much as I enjoy making it.”